Ona Green suffered from catamenial epilepsy, a gender-specific type of epilepsy in which seizure frequency intensifies during certain phases of the menstrual cycle. This condition can be debilitating and managing the effects of these unpredictable and potentially life threatening seizures is a major part of the lives of any woman who suffers from them. Catamenial epilepsy is not just one entity, but can occur at any phase of the menstrual cycle, i.e., it can be perimenstrual, periovulatory, or luteal. Traditionally used anti-epileptic drugs typically do not have an effect on seizures in catamenial epilepsy. Thanks to the groundbreaking work of Dr. John R Lee who used natural progesterone therapy to help manage seizures in CE patients, Ona began her journey of exploring the benefits. It was clear that the efficacy of plant based progesterone and managing her seizures was a success.

The hurdle then became acquiring the amount, dose and strength that she needed consistently in a cost-effective way since most doctors weren’t even aware of this type of plant based support for this condition. A few more hurdles were revealed when it was realized that although natural progesterone is not a drug, nor is it necessary to have a prescription yet it was not being made over the counter at the strengths and purity levels needed. And one more hurdle, the state of California and only the state of California does not delineate between the synthetic form of progesterone referred to as progestins which are found in most birth control medications, and the plant based progesterone which is bio-identical to the progesterone our bodies make and has science based benefits such as; supplementing pregnant women to avoid miscarriage, pre-eclampsia, lessening morning sickness and gestational diabetes and given to people with traumatic brain injury and has anti-cancer, heart, lung and brain protective benefits and yes, management of catamenial seizures.

This last hurdle was a major problem since progestins have been implicated in everything from blood clots, fibroids, heart disease, high blood pressure and of all things, triggering catamenial epilepsy. The state of California therefore requires a cancer warning on ALL progesterone products, regardless of the vast scientific difference between the two.

These hurdles only encouraged Ona to charge forward and create a product that would offer what she needed in a pure, non-toxic form and to then offer it to others who needed the same relief but to also help educate people about the differences between these two very different types of hormones.

The journey opened her world up to the benefits of plant based hormone support for both women and men.

The company snowballed into a wonderful community of people from all over the world sharing the benefits of plant based hormone support from serious relief of seizures and estrogen related imbalances to beauty and anti-aging benefits.

Once the tsunami of grief settled after Ona’s passing in 2017, the company pulled up their bootstraps and knew that if there was one thing Ona would want, would be to charge forward and continue her legacy of offering these gifts of nature to the world. 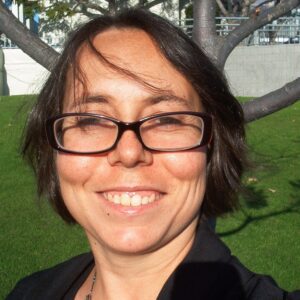